Making a rose out of a cloth napkin is a simple way to improve the table adornments for a dinner party or any other special occasion. In a few quick steps, you’ll have a table full of napkin art worthy of the fanciest restaurant!

[Edit]Pulling Down the Napkin Flaps

By using this service, some information may be shared with YouTube. 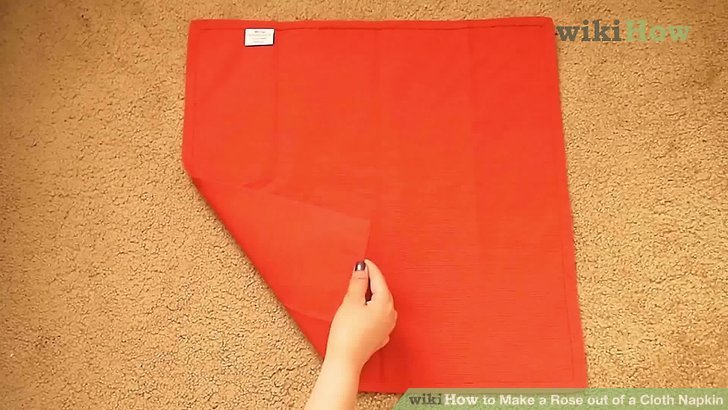 The easiest way to make a rose out of a napkin is to fold the napkin in half diagonally, then roll the folded side up halfway and flip the napkin over. Fold one “tail” into the other side and repeat with the other tail. Roll the napkin until it reaches the other side, and tuck in any extra cloth that’s sticking out. Pull apart the two flaps inside the rolled up napkin and turn it over to appreciate your creation! Read on for helpful videos and tips on how to display your napkins!

Thank you for subscribing to our newsletter!

Something went wrong there, try again.